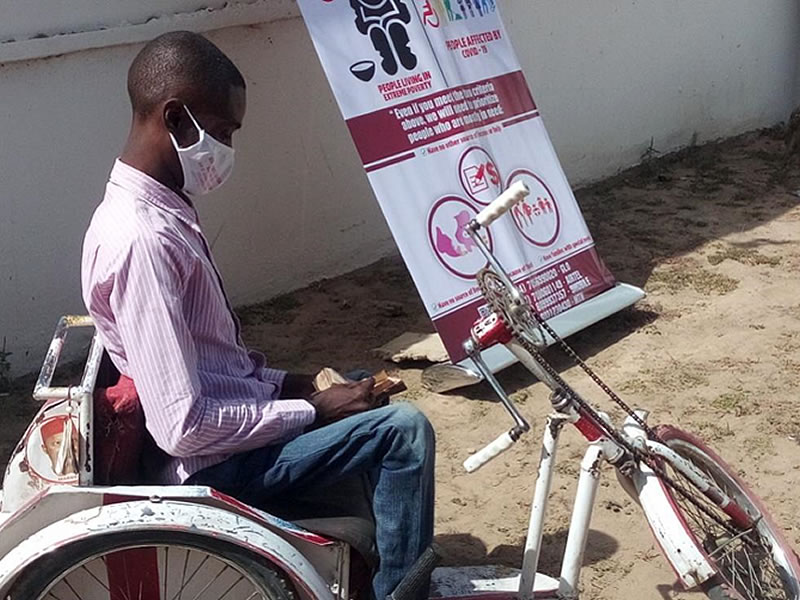 An old saying goes, ‘You can never have too much money’. Can’t really recall who said it but I know that there is this thing about cash.

It is tricky. It is almost as though there is this spirit that follows money around. Once cash is mentioned everyone sits up. And it doesn’t matter how wealthy they already are.

Unlike other parts of the world, the effects of the COVID-19 pandemic were more economic than physical. As a result of the total lockdowns and severe restrictions on movement declared by Nigerian President, Muhammadu Buhari in Lagos State and the Federal Capital territory, many people suffered massive job losses and livelihoods. People who earn their living on a daily basis suffered even more.

The idea behind the Cash Transfer Program was to restore the livelihoods that had been lost as a result of the largely economic side effects of the pandemic. Many may wonder why cash is given when they believe people ought to need critical items like food or blankets during a disaster. However, research and experience have shown that people living in a crisis know best what exactly they need at any point in time. And their needs are all different. So it would be counter productive and a waste of resources to assume that everybody, for instance, needs blankets or Mosquito nets when they may actually need money to replace their roofs, pay their kids school fees or buy food to eat.

The Cash Transfer Program is intricate. First of all, the Nigerian Red Cross Society needed to decide the states with the highest rate of new COVID-19 infections. Then it selects the Local Government Councils with the highest prevalence rates. In each community where a Cash Transfer is done, a community resilience committee is formed. This body is made up of Red Cross volunteers and people living in the community. The idea is that people who are indigenous to a community will know those who are truly in need. The poorest of the poor.